The Great Wall Of China Facts

The Great Wall of China is one of the most iconic landmarks globally. This post will explore the history and facts of the Great Wall.

The Great Wall Of China: Facts And History

The Great Wall of China is one of the most iconic landmarks globally. It is also one of the oldest structures built over 2000 years ago. This post will explore the history and facts of the Great Wall.

When Was The Great Wall Of China Built?

The Chu built the Great Wall of China in the 7th century BC and lasted until 1878 in the Qing dynasty. Most of what remains today were built about 600 years ago in the Ming Dynasty.

It took more than 2,500 years to complete the construction of the Great Wall. The wall was not built in any one period but by the joint effort of many states and dynasties throughout history.

When was the wall of china built? As in the Spring and Autumn period (770 – 476 BC), the state of Chu began to build the first wall to protect itself from invaders from other kingdoms about 2,700 years ago. Qi, Yan, Wei, Zhao, and Qin later joined the effort.

After defeating other kingdoms and founding China's first unified dynasty, the Qin Dynasty (221 – 207 BC), Emperor Qin Shihuang ordered separate walls when the Continuing Great Wall of China was built. That was about 2,200 years ago. 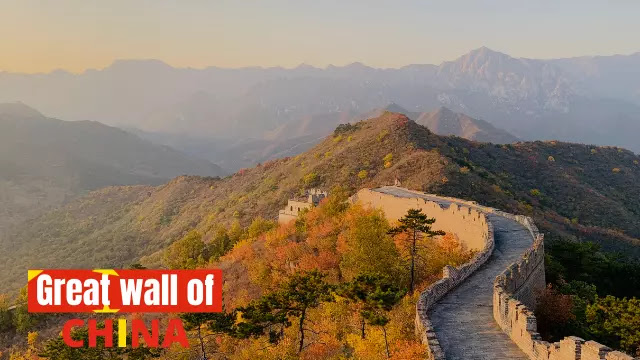 During later dynasties, the wall was extended, repaired, or modified. The Han dynasty (202 BC - 220 AD) and the Ming dynasty (1368 - 1644 AD) were two periods when the Great Wall was extensively rebuilt or restored. The most famous and most visited sections, including Badaling, Mutianyu, Simatai, and Jinshanling, were built during the Ming dynasty.

With the end of the Cold Weapons (no fire or explosives) era, the Great Wall gradually became less important as a military defense system. Due to this, the construction work also came to a halt. The last construction took place in 1878 during the late Qing dynasty (1644 - 1911 AD).

The dukes of the Chu, Qi, Wei, Zhao, and Yan states built separate walls to protect their kingdoms.

Emperor Wu ordered the wall to be reformed 4 times to block off the northern Huns and protect the defenses of the Silk Road.

The Great Wall of the Northern Wei dynasty protected its territory from the Rouran, a minority nation.

The emperors of Northern Qi attached great importance to the Great Wall, and there were 5 large-scale renovations.

It was a peaceful period, and Emperor Wen of Sui mainly repaired the squares built by previous dynasties.

The Jin Wall, known as Jin Zihao, was built to defend against northern nomadic tribes.

Construction never stopped in the Ming dynasty, and most of the sections we see today were built in this period.

The emperors of the Qing dynasty repaired the squares built by previous dynasties and built seven new defensive sections. 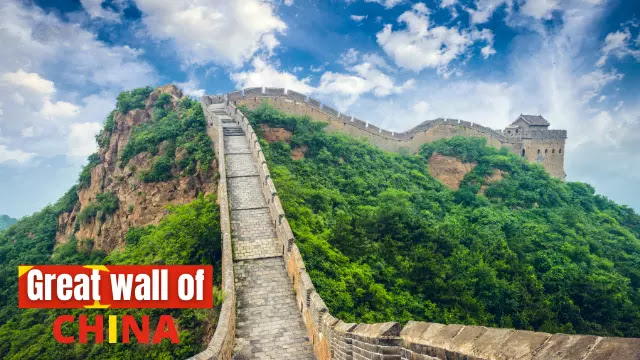 Why Was The Great Wall Of China Built?

The Great Wall of China was built as a military defensive line to protect against invasions from some northern nomadic countries. In addition to defense, the wall also promoted the economy and cultural exchange and the national integration of various nations.

Why did he build the Great Wall of China? The Great Wall was simple and an extensive military defensive system linked beacon towers, fortresses, and strategic passes. It blocked the nomadic nations and protected the Han people and their territory from invasions in several ways.

To the south of the Great Wall, the Middle Plains mainly maintained a developed agricultural economy in ancient times. At the same time, to the north of the Great Wall, the nomadic nations developed a predominantly animal husbandry economy. These two types of economies exchanged daily goods along the Great Wall in peacetime. The people of the Middle Plains sold grain and cloth to the nomadic tribes, while the nomadic tribes exported horses and animal products such as leather and string along the walls to the Central Plain. In addition, it provided an opportunity for cultural exchange and the promotion of national integration. One example was when the Tzu army defeated the Tang Dynasty (618 - 907), and the emperor ordered those surrendering soldiers to stay along the Great Wall and appointed some soldiers as generals. Gradually, they accepted and accepted the advanced culture of the Han nation. 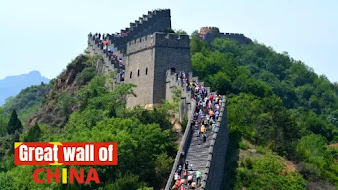 In the Han dynasty (202 BC – 220 AD), the emperor ordered an envoy to visit the western regions, which developed the Silk Road. In addition, the emperor also ordered the construction of the Great Wall along the Hexi Corridor, a part of the Silk Road. This action protected the security of the Silk Road, which also promoted culture, politics, and economic exchanges between China and other countries.

Throughout the history of the Great Wall, each state and dynasty built walls as a defensive line to protect their people and territories from other kingdoms of northern nomadic tribes.

How Long Is The Great Wall Of China?

Many ancient dynasties have participated in constructing the wall, and many sections are located in remote mountains, meadows, or deserts that make measurement a problem. Thanks to modern measurement techniques, and after 5 years of archaeological surveys, the total length has finally been revealed. The Great Wall of China is 21,196.18 km long in km. What is the length of the Great Wall of China in Miles? That's 13,170.70 miles. The length of the wall of China is surprisingly more than double the previous estimates. 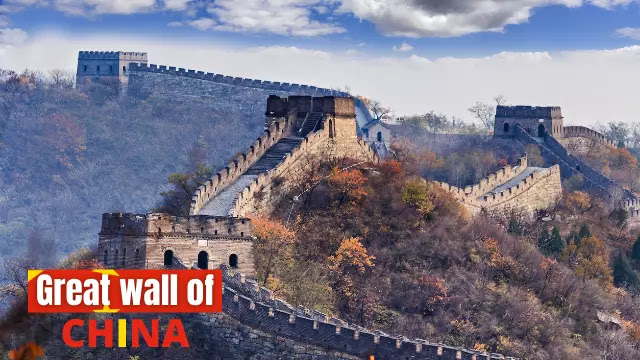 The Great Wall is increasing in length due to discoveries and renovations. The wall is getting smaller and smaller day by day due to natural erosion and human activities. Some people tore down the wall in the name of modern construction or even took bricks from the wall for personal use. These actions caused considerable damage to the wall, and many parts remained unrecognizable. The implementation of conservation regulation since 2006 has prevented some human damage, but the length of the Great Wall has essentially been reduced.

40% of the restoration of the Jiankou Great Wall in Beijing will be finished by the end of 2016. Hefangkou, Zishuiyu, and several other wooded sections are also under renovation, making the wall longer and taller in total. 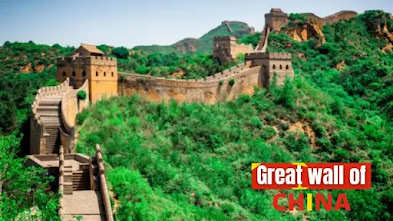 Who built the Great Wall of China?

The Great Wall of China was built by a labor force including soldiers, commoners, and criminals. Emperor Qin Shi Huang is widely recognized as the first person to order the construction of China; However, it is not him. At the beginning of the Western Zhou dynasty (1046 – 771 BC), some walls and beacon towers were built. During the Spring and Autumn period (770BC-276BC), King Wen of Chu State ordered the construction of the Fangcheng Wall to protect his kingdom.

After the unification of China in the Qin dynasty (221 - 207 BC), Qin Shi Huang ordered the addition and extension of the separate walls of the previous kingdoms to form the Great Wall of China, a full military defensive line. Several emperors of the following dynasties also built the wall, including the Han dynasty (202 BC – 220 AD) and the Ming dynasty (1368 – 1644 AD).

Who built the Great Wall of China? The leading force in building the Great Wall was the soldiers. For example, Emperor Qin Shihuang ordered General Mengtian to lead about 300,000 troops to defend the defensive line and build a wall after defeating the Huns. This project took more than 9 years. The court also arranged for widows to be married to take care of the soldiers and make them feel settled. 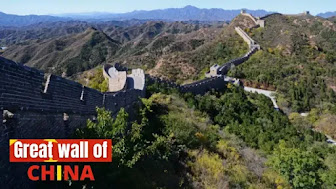 In addition to those soldiers, Emperor Qin Shihuang also forced ordinary people to join the project's construction. Several other dynasties also took similar action. In 555, in the Northern Qi dynasty (550 - 577), the emperor used commoners to build a wall from Xiakou to Hangzhois over 450 kilometers (280 mi) long. In the Sui dynasty (581–618 AD), widows were forced to work as all-male laborers had already been used.

There is no exact answer to how many people worked on the Great Wall of China as construction lasted more than 2,500 years. Here are some rough estimates based on historical records. In the Qin dynasty, Emperor Qin Shi Huang sent about 300,000 soldiers and 500,000 civilians to construction sites; Some experts estimated it to be 20% of the country's population, about a million. During the Northern Wei dynasty (386 – 534), it took about 100,000 people to build the wall in 446. In the Northern Qi Dynasty (550–577), 1.8 million laborers were used to build the wall from Xiakou to Hangzhou. In Inner Mongolia, about a million people used the wall of the Sui dynasty (581–618).

The Great Wall in Badal did not have well-developed productivity in ancient times. There was no doubt that the construction of the Great Wall could be a disaster for ordinary people, and many people lost their lives during the project. Only during the Qin dynasty (221 - 207 BC), about a million people were forced to build it. But only tens of thousands of them survived the heavy work and challenging conditions. The death toll from the construction of the Great Wall reached about one million. Some may have died of starvation, some may have died of extreme fatigue, and some may have been beaten to death. 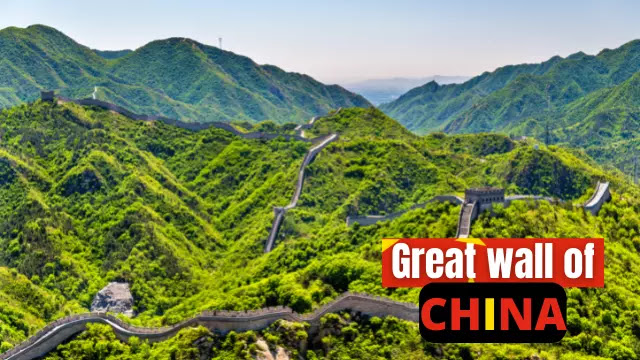 There was great potential for burial bodies under or near the Great Wall, according to the situation. Due to heavy construction work, the controllers would not like to waste time in sending the bodies away for burial. Legend Meng Jiangnu's bitter vaping is also proof. It was about a wife who cried at the Great Wall and demolished the section where her husband was buried. However, this conjecture has not proved that the actual accurate body has been found under or near the wall.

When did the great wall become famous? - early 20th century

The earliest foreign records of the Great Wall of China can be traced back to the 4th century in historical material from Ancient Rome, but with only a few words. The whole world began to get acquainted with this vast manufactured project by 1909 when William Gill published the book 'The Great Wall of China. Since then, many foreign visitors, including hundreds of world leaders, have visited the famous squares to take in the grand view of this former military facility. 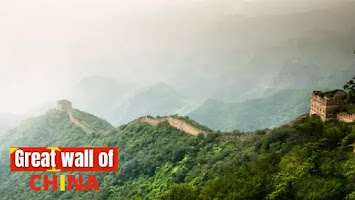 What is the great wall famous for?

Mass: The Great Wall is the most extended manufactured building globally, with a total length of 21,196.18 kilometers (13,170.70 mi). It is spread over 15 regions from the easternmost Heilongjiang province of China to Xinjiang.

Long History: It was constructed in almost every dynasty, and the oldest wall section can be dated 2,700 years ago.

Complete defense system: Emperors were ordered to implement this grand project mainly for defensive purposes against northern nomads, and some essential sections were also equipped with various military facilities, such as watchtowers, beacon towers, cranes, Barbican, and trap doors.

Gorgeous Views: The Great Wall offers diverse scenery in different regions of China. It looks like a giant dragon traveling over the hills and dales in most parts of Beijing, including Badaling, Mutianyu, and Jinshanling. In Laolongtou in Qinhuangdao, Hebei, you can see a completely different view of the Wall merging into the sea, while in Jiayuguan, Yumenguan, and Yangguan in Gansu, the Great Wall offers a desolate view standing amidst the vast desert.

The Great Wall of China is a fascinating piece of history. It is one of the most extended structures globally and was built for many reasons. We hope you enjoyed this post.